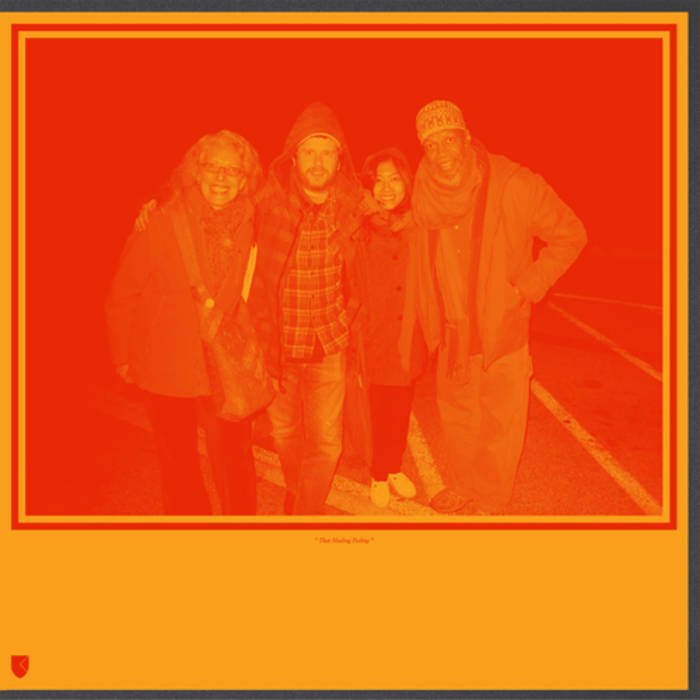 mikey A boat house in a swamp or bog somewhere in japan, lanterns glow reflecting off the murky water, beyond is warped trees being engulfed in pitch black fog.

One of their best releases for sure.

Brent 🦅 Johnson What a lovely journey this record is. I saw Laraaji tonight in San Francisco with Laswell and Hamid Drake. Bought this LP at the merch table, the vinyl is mastered perfectly and I am looking forward to many more listens.

Volume 8 in the ongoing FRKWYS series on RVNG Intl. is a double album-length collaboration between Blues Control and Laraaji.

Following the "fodder first" tradition of previous FRKWYS installments, Vol. 8 was birthed over e-mail dialogue between RVNG and Russ Waterhouse and Lea Cho of Blues Control. Blues Control's evolved output gracefully arcs with influence and innovation that gleams electronic, New Age, and hard rock terrains. Laraaji's name came up early in that conversation and felt intrinsic to Waterhouse and Cho's own musical calling.

After learning various instruments in his formative years and studying composition at Howard University, Laraaji eventually found his musical conduit in an electronically-modified zither. Laraaji's 1979 album Celestial Vibration (recorded as Edward Larry Gordon) places the stringed instrument at the forefront on two side-length excursions in rhythmic ambiance. The 1980 album Ambient 3: Day of Radiance, produced by Brian Eno for his ambient record series, further documented Laraaji's zither explorations alongside Eno's soundscaping. Laraaji continues to pursue music both in its recorded form and as a healing tool.

Blues Control and Laraaji convened at Black Dirt Studio in upstate New York on December 9th, 2010. Over the course of a single studio day, the three musicians (accompanied on certain jams by Laraaji's "musical friend" Arji Cakouros) improvised on several themes, providing nearly four hours of material and the basis for FRKWYS Vol. 8. After meticulous note taking, sharing, and rough edits among Blues Control and Laraaji, the album was fully fleshed out.

Without context, it's hard to imagine that these musicians never creatively collaborated before this juncture. The dynamic breadth (and breath) of the album feels both effortless and epic, a line usually straddled only after years of playing together. It's clear a cosmic force is at play, and that this playfulness is the creative mediator of the music.

friend to friend in endtime

Bandcamp Daily  your guide to the world of Bandcamp