The Enlightening Beam of Bobby Brown 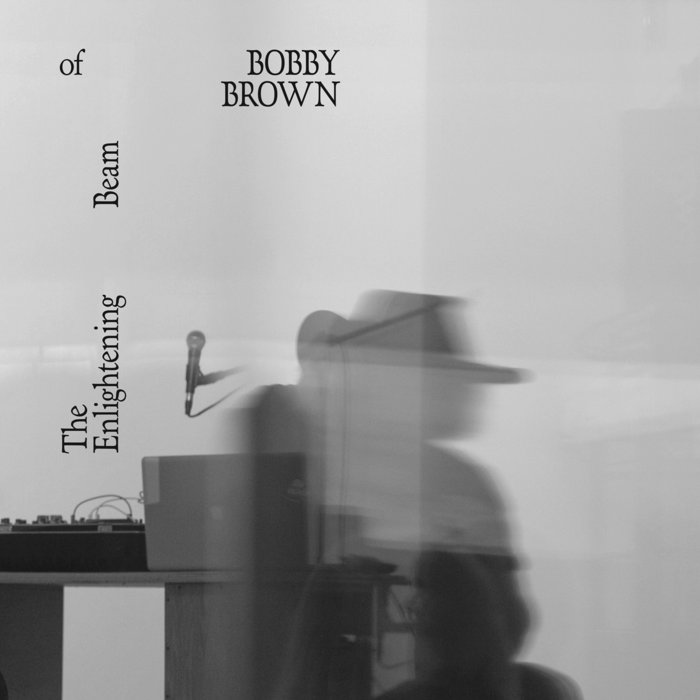 Bobby Brown exists beyond being. Bobby's documented music covers a dynamic emotional and spiritual terrain, his vocals, ever prominent, traverse six octaves of sound. Bobby's understanding of — and unbending faith — in physics and technology manifest in unbelievable instrumental and intellectual innovations. Bobby's dedication to the fundaments of peace and love radiate across time and space.

Operating at the fringe of the early 70s psychedelic and folk spheres, his 1972 self-funded and released debut album, The Enlightening Beam of Axonda, demonstrates the many cosmic qualities of Bobby Brown. Beyond Bobby’s voice and message, the most beguiling aspect of Enlightening is "The Universal One Man Orchestra," a 311 stringed instrument implementing aspects of the Irish harp, koto, sitar, thumb piano, dulcimer, drums and flute and "designed to be as small as possible and placed on racks so as to be be played from one spot."

Bobby’s description of the instrument ("primitive, contemporary, and futuristic”) may also serve as a description of the album itself. At once an intimate invocation and a universal journey of earthly and otherworldly proportions, the album ruminates on the vacillating cultural climate of its time and a prayer for a more peaceful existence and place, Axonda.

The following two albums, Live, which was performed solely to his dog ‘Mom’ and recorded after Bobby opened in concert for Fleetwood Mac 1978, and 1982‘s Prayers of a One Man Band, which added hints of popular flavor with a more outward social commentary and comedy, continue along Brown’s illuminated path, spinning tales of his spiritual home in Hawaii, of love, and of total religious unity.

Almost thirty years later, Bobby and RVNG’s Matt Werth struck up a friendship on the back of an e-mail introduction from Douglas Mcgowan of Yoga Records. After years of correspondence, Bobby and Matt revisited some of the many stories they’ve exchanged at the Berkeley Art Museum on an invitation from David Wilson to participate in a multi-dimensional residency, The Possible. Bay Area artists Kaitlyn Aurelia Smith and Austin Cesear complimented the discussion with new musical interpretations of Bobby’s work.

A recording of Smith and Cesear’s performances alongside Bobby and Matt’s talk and a compassionate array of photos taken by Aubrey Trinnaman have been collected as a limited cassette and art book edition available from RVNG Intl. on October 6, 2015.

friend to friend in endtime

Bandcamp Daily  your guide to the world of Bandcamp